Don’t be alarmed if you are playing Fortnite Season 2 and wondering where all the buildings went. This is not a glitch or an error, but Epic Games has intentionally removed buildings from Fortnite. Many people thought that this was just a rumor, but after seeing it themselves, they came to the realization that Fortnite removed building from their game.

Fortnite is a free-to-play game with various game modes for each type of game player. Fortnite allows the player to encounter countless experiences. This is a fierce survival game where a massive range of players fights against each other in player versus player combat. However, this new update has surprised the players.

The ability for players to build walls, shelters, and various other structures has been removed. Epic Games said, “Building has been wiped out!”. This game has always been open to experimentation, and this seems like a new one on their list of doing unthinkable things.

Fortnite removed building mechanics from the primary game mode of Fortnight Season 2 as a part of their new update. This update changes the future of this game and how you will play it. Although even without the building feature, this game remains intact in the Arena and Competitive game modes. Since the building mechanics have been removed, players can solely rely on the combat mechanics. Fortnite has also introduced another feature known as Overshield. This feature provides extra protection and regenerates when given ample time.

You need to note that removing buildings from Fortnite was not entirely unsurprising. Epic Games already teased the change in their new trailer, although the hint was incredibly subtle. If you remember, the trailer highlighted Doctor Sloane blowing a device that destroyed all the buildings and structures in Fortnite. This is how the enemy took over.

This hint did ignite some speculations among the fans, pointing out Fortnite removed building from the game. Not all the players are happy with this new feature. They believe that buildings and other structures allow Fortnite to stand out from other similar battle royales.

Why Did They Take Building Out Of Fortnite?

As soon as Fortnite removed building feature, players started to question Epic Games for this surprising update. Many were happy, whereas others were facing challenges in playing this game without structures and buildings. According to Epic Games, there are two reasons for building removal from Fortnite.

The in-game explanation of this experiment is that the enemy has destroyed and wiped out the building, and now players need to fight back to get their building back. This is very straightforward; the trailer also had a major hint in it. On the other hand, the real-world explanation is a bit unclear and a lot more interesting at this moment.

According to several speculations, Epic Games temporarily removed building mechanics to test the potential of adding a no-build mode in the future in Fortnite. Without a doubt, Fortnite has seen tremendous success over the past few years, and now it is focusing on catering to every type of player with different needs.

Removing building features from the game would lower the barrier for beginners and newcomers and provide them with a more welcoming environment. Furthermore, this will incentivize players to return that bounced off at the start because of the difficulty level.

On the other hand, these updates can confuse you quickly, and you might face the issue of Fortnite not connecting to match. Follow the steps mentioned in our guide and enjoy your game.

Is Building Coming Back To Fortnite?

Fortnite removed building on March 20th, and just after nine days of removal, it was back on March 29th. Now, players can return to the building typically by hopping into solos, duos, trios, and squads. This removal was a timed event, and now it is back to all the core modes of Fortnite Season 2. The building mechanics had to return because the ability to build defensive structures and harvest materials was a defining trait of Fortnite. This trait helped them differentiate from other battle royale games.

Many players did not feel the absence of building because it was balanced out by the addition of mechanics developed to make the game more accessible and mobile. These included faster sprinting and climbing. So, the good news is that the building is back, and now you can enjoy playing Fortnite with all the great features. If Fortnite is still kicking you out of the match, this is how you can stay in the game.

Just like the nine days, Fortnite removed building from season 2; this mode has no building. The launch of No-Build Zone was right after the return of the building in Fortnite Season 2. This new model is known as Fortnite Zero Build. Furthermore, the Zero Build mode can be found on the Discover page as:

You can access the Discover page by clicking on the Change button above “Play!” In the lobby. The first line of defense in the Zero Build mode is Overshield. These two modes work side by side, and if you face issues selecting the game mode, we will help you fix it with our guide.

Fortnite is a great game to play. Users are engaged in this game and excited about all the new updates this game offers. But as soon as Fortnite removed the building, many players were not happy when their primary defense system was removed in the latest update. The game was left with the new feature “Overshield” as their first line of defense. When the building mechanics were back, the players figured out the real reason behind this temporary update within nine days.

The reason behind this wipeout was the launch of a new mode of Fortnite known as Zero Build mode. This mode is introduced to attract more players and eliminate the difficulties for beginner-level players. If you still have some issues related to the updates of Fortnite, you can contact them and get your problem solved. 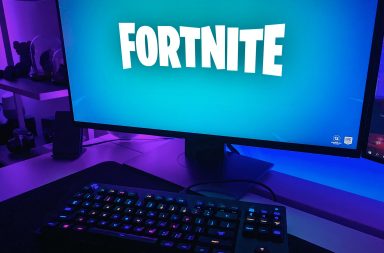 Unable To Log In Into Fortnite: Get Back In The Game With This Guide

How To Fix Fortnite Error Code 93: A Guide To Get You Back In The Game

How to Fix Fortnite Error Code 91